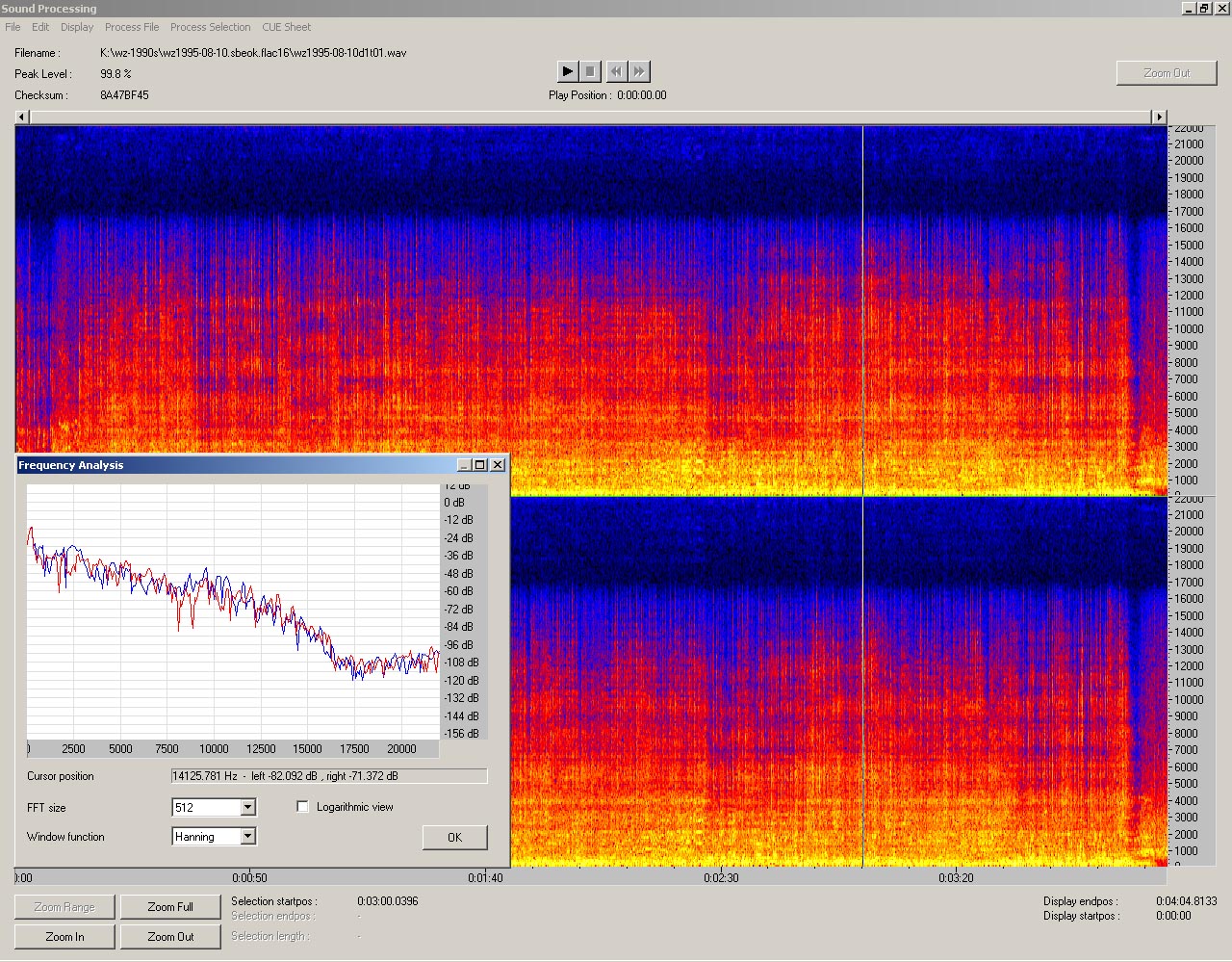 Reviewer: SmilinAndy - favoritefavoritefavoritefavorite - November 3, 2016
Subject: Best of Times, etc, ad nauseam.
Thank you for posting this show. Sure the quality is a bit rough at times but more than good enough to rock out with.
I was at the show before this one, in SF at Slim's - 8,8,'95.
I had met some women that night that wrote for the Chronicle and who were doing an article about Warren and the show that night. We were all having a grand time. It was the perfect sized crowd, big enough to jazz the band but still enough room to dance and get to the bar when needed.
After the show, the very lovely, (slightly?) older women (I have unfortunately forgotten their names) asked me if I wanted to accompany them on the bus for their interview with Warren. I naturally accepted the kind offer and ended up having a great conversation with Warren as the lovely ladies recorded and kept trying to ask their own questions. I was feeling quite animated that night and Warren kept asking me what my impressions of this and that was...it was all good fun and was all related to his music. When the ladies could get a question in, he would still sometimes answer by asking me what was my impression of the question, then reacting to it. I was particularly taken with "Mr Bad Example" and thought I had a bead on it.
Warren was obviously playing with the press, and me most of all but I couldn't resist playing back as he was keeping me on my toes and He did not hesitate to eviserate me when I said something stupid.
I didn't mind, this was Warren Zevon, after all, and much of what he said was blowing my mind.
He asked me if I wanted to hang when the reporters got ready to go, much to their chagrined. I think the term now is "Cougars".
Anyway, I hung out with Warren and Crew deep into the night until he came out from the back of the bus (I never noticed him leaving) and said in a gruff and gravelly voice, "You assholes have work to do in the morning, (the roadies and whoever of the
back up band was left) and you asshole (Me) need to get the fuck off my bus!"
Hint taken, I gathered my shit, said my good byes and thank yous, and stumbled out into the foggy night around 4:30ish am.

The next morning, after taking some time to get home, my older brother woke me up with the news that Jerry Garcia had died early that morning. Being the youngest of 5 DeadHead brothers, I had grown up with Warren and the Dead...and many others.
I will forever be Grateful for Warren sending me home right around the time Garcia died. I am more Grateful for his mind blowing songs...both the lyrics and music. What an incredible Man. Thank You Warren for giving me (and Us) so much to enjoy and to grow on. Your music always beckoned me to go just a little farther down the road and to play it all night long.
Reviewer: mungo2k - - October 4, 2009
Subject: Just a note on the supporting band
They're actually called "Something Happens!", a great Irish band from the 80s/90s.
http://en.wikipedia.org/wiki/Something_Happens_%28band%29
Reviewer: Stephen Duck - favoritefavoritefavoritefavorite - October 20, 2007
Subject: Energy + Musicianship = A Keeper
This 1995 performance is well worth a download, even on a dial-up line like mine.

Audio quality ranges from fair-plus to good. Distortion is very low, dynamic compression is low, and there's some good low bass from the kick-drum. However, Zevon's voice often sounds somewhat distant, and there's too much lower-midrange. The distance problem generally improves in the "d2t" tracks.

High fidelity aside, we have here some very good music performed well. The supporting musicians are "Something Happened," a five-person band from Dublin. The band is tight, skilled, and sometimes witty. Zevon and the band's mutual respect and enjoyment are obvious. The band sings and harmonizes well, which helps a lot on, say, "Turbulence." A good share of the limelight is given to keyboardist Patrick Fitzpatrick (I TOLD you they were Irish)--who, for instance, takes the place of about 7 chorus members at the end of "Desperado Under the Eaves." I don't know which guitar is Zevon's and which belongs to the band's Ray Harman, but the guitar work in this gig is good. The energy level is high (cf. "Turbulence").

I especially enjoyed the long instrumental riffs at the end of "Play It All Night Long," "Turbulence," and "I'll Sleep When I'm Dead." All three songs rock. New to me and much enjoyed were "Seminole Bingo" and "Mr. Bad Example." If I'm not mistaken, the latter is a polka. "Poisonous Lookalike," also new to me, is agreeable--though the "mushroom" metaphor seems an odd way to compare girlfriends.

Rest in peace, Warren, and many thanks for allowing recordings like this to be shared.